We had a honor to attend one of the most  festival and get to know more and more about this tradition .This festival is called Harvest festival, which counts centuries and it became a tradition for people to celebrate it . On the 26th of august a harvest festival was held in Góra, where six villages take part in .

honestly ,I can not hide my emotions I was surprised everything was beautiful there. inhabitants made many decorations from their harvest :  vegetables , cereals, greens and fruit. according the decorations  found out that Silesian people   have a high sense of fantasy and imagination.

The festival is hold every year and it takes a long preparation, farmers and gardeners make a huge effort to present their harvest to people in a perfect way.

The festival starts with a mass. This year mass was in Jona Pawła II church. There were many people and  guests like major of Miedżna Mr. Bogdan  Taranowski and minister of  Sport. after mass they go to destination and festival starts. People wear traditional dresses.  there are corner for cooking where you can taste traditional dishes, drinks, sweets . homemade honey too.

Children showed some sketches on a big scene , next turn was for  Orchestra ,,Silenzio”  from Wola. I enjoyed listen to them. they played like professional ones.

expect that , he major goes to scene and give his speech to people.

The most enjoyable part for people was when the band ,,Happy Folk” appeared on the scene. there was shown as well kabaret “Nowaki” people had fun . 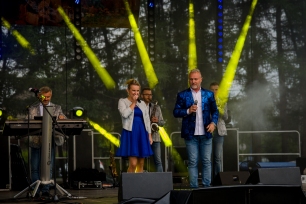 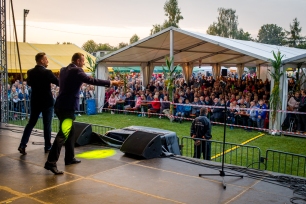 Not only young and older people people had fun . there was  special corner for kids. Like face- painting. 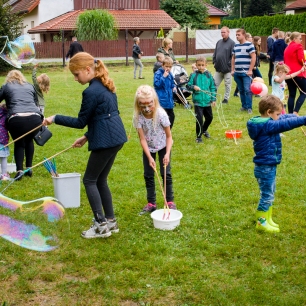 We discovered something that made as astonished  ! It was rolling cooking machine, and it counts 70 years.Do not think it does not ! it still  works! you  do not need electricity to cook , you have to make a fire there . The  machine is for to cook a delicious soup. Front two bowls are for soups and behind two – for water.  see how it looks like :

Here are some  decorations

in spite of a rain it did not bother us to have a fun. 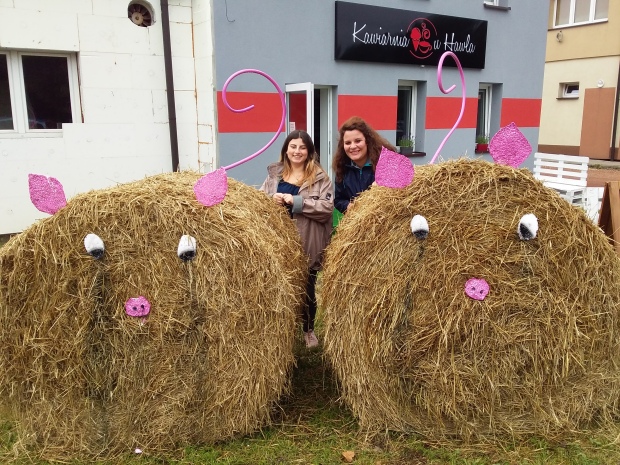 The festival was closed by DJ